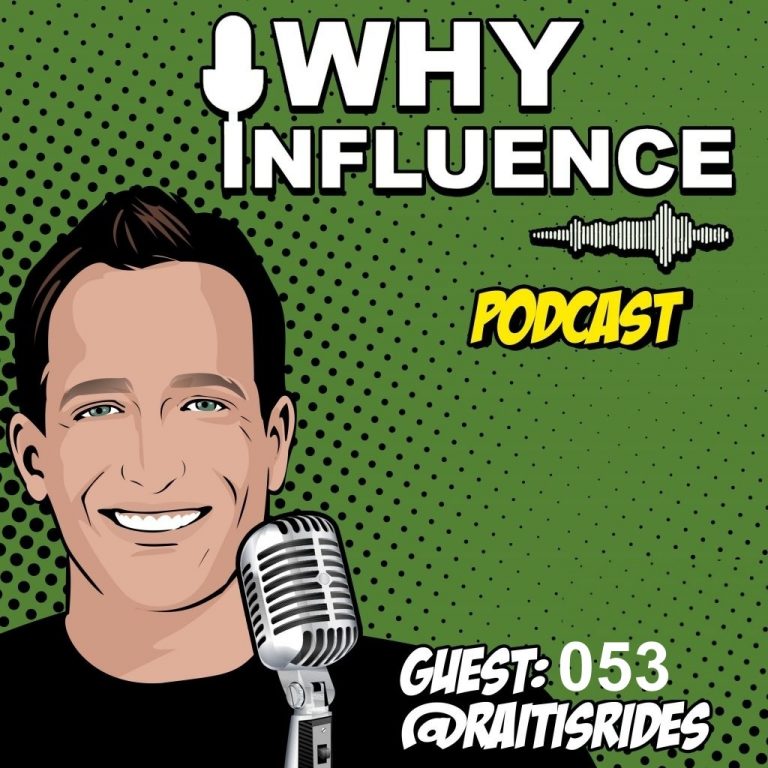 Joe is averaging 7 Million YouTube views per month with 270,000 subscribers. Less than a year ago, when Joe made his first appearance on Why Influence, he had 86,000 subscribers. What growth!

Joe Raiti started Raiti’s Rides to share the passion of performance cars with as many people as possible. As of this day, they have hundreds of thousands of subscribers and it just keeps growing!

Joe caught the car bug at a very young age. Growing up in his father’s mechanic shop, Joe learned quickly how to appreciate the inner workings of the internal combustion engine. After graduating from college, he raced formula cars professionally for three years. He has a wide variety of knowledge on many different makes and models and is considered an expert in Corvettes, Porsches, and imports.

Joe uses his Youtube channel to share his passion for car performance by giving car reviews. It’s his second time here in Why Influence and in his first guesting, he already garnered 22 million YouTube views and 86k subscriptions. And now for less than a year, he has made 78 million views and 258k subscribers upgrade.

“The biggest thing that people have come to me with is ‘Well, Joe, this is going to be mega for you because of everybody’s home. And everybody’s just gonna watch YouTube.’ But what I discovered is when the pandemic first hit, I actually had a big decline in views.”

It may be true that this quarantine period is unlocking the “free time” for a lot of people, and watching videos is one of the things we could do to kill time, but the truth is, according to Joe, many people are actually in a panic mode. They can’t enjoy spending time with their phone. They are all anxious about what’s going to happen next.

As a matter of fact, Joe’s decline in views dropped by about 40% from last month.

The quarantine prohibits everyone to leave their house and makes almost everything temporarily shutdown. As for Joe, his career involves going to places where he makes his car video content to share with the world every day.

“So I went into this panic mode where I was literally every day filming about seven to eight cars a day to try to just build a treasure chest so to speak, so that, if our city, our state went into lockdown, I would then still at least be able to pull up one video a day and have some kind of footage.”

“And now that I’ve seen how Florida has navigated through this because dealerships are essential, businesses, and because I’m classified as a journalist, as an automotive journalist, I’ve been able to still get out there.”

With the help of his connections and while still following safety protocols and CDC procedures, he is able to consistently create and upload videos every day on his Youtube channel. And as the new normal continues, he is planning to make virtual car reviews through B-roll footage from companies as a basis.

Joe expressed a big dedication in his passion that’s why it is crystal clear that he deserves the achievements he has right now. He is an inspiration to everyone who wants to succeed as they follow their heart’s desires no matter how impossible it may be.