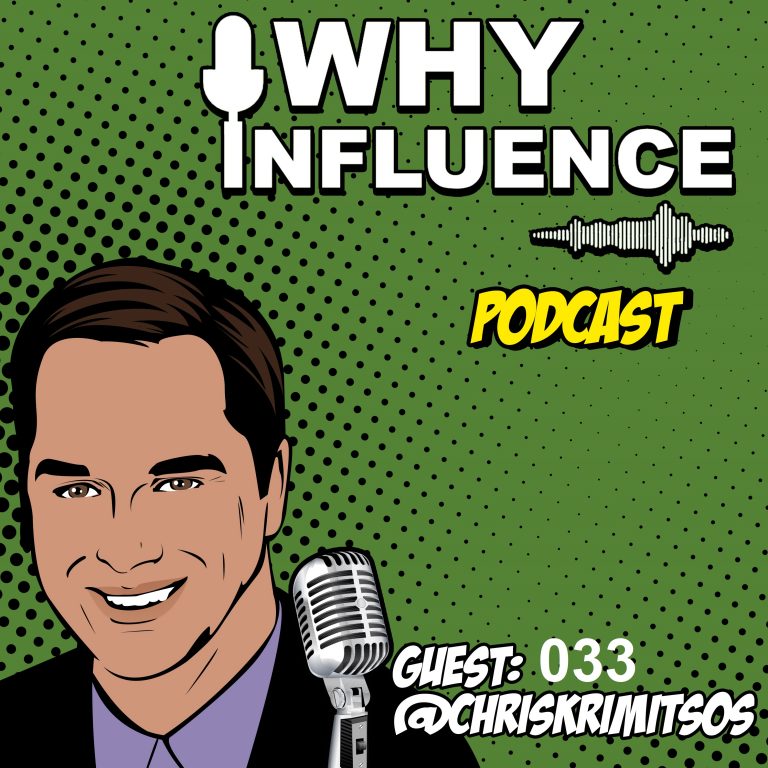 Chris Krimitsos is the founder of the second-largest Podcast Conference in the world called Podfest, and he is an author, business leader, influencer, and a speaker. Chris has been in the influencer scene for a long time and helped many people become influencers.

“I want to help other people” this line has been used many times by different people, but in reality, many of us would rather focus on helping ourselves than voluntarily helping others. For Chris, it’s a different case. Chris has been helping people boost their morale and helped them grow and become a better version of themselves. He helped people grow their voices through podcasting.

“I always tell people if you can help someone, and it doesn’t take a lot of time out of your day. It’s a small amount of time, and it’s a good person that needs a break. Why not?”

We live in a world where help is not given, and you should ask for it to be served but isn’t it enough to help when we see someone who needs it? Chris is an example of a person who voluntarily helps without being asked nor being asked for something in return. He showed care for those people who doubt themselves and people who just needed help. He never asked them for anything in return when they succeed, and he’s just happy about what they t know that he had helped them.

Helping is contagious, and as Chris stated, if it doesn’t take a lot out of your day and it’s a good person then why not? By helping we are influencing others to do the same. We mold the society that helping should be done regardless if they asked or not, not only when they asked to because there are a lot of people who want to ask for help but are shy to ask for help. You can’t just say “it’s easy to ask for help” but humans are different not because things are easy for you; it’s going to be the same for them.

“Helping is not a chore, it’s a privilege.”

Helping is a privilege, a privilege that does not make you feel guilty. When others asked for help or when we see someone in need of help, we usually see it as an inconvenience, especially when it’s not our boyfriend, girlfriend or our crush who needs help. We always see it negatively as if it will make us lose something when in fact it is a win-win situation.

Chris expressed his strong will to help people, and that is why there are a lot of people who took the chance and decided to have their own voice through podcasting with the help of Chris. Chris also benefitted from it because he felt satisfied and happy knowing that he made a contribution to someone else’s life that is why there’s no reason for us to look at helping as an inconvenience but rather we should see it as a character that not everyone possesses.

“Be kind to one another and make sure that you’re having a good time and do good things. I think it is a part of what makes life special.”

Think about the last time you helped someone, whether it be your friend, family, co-worker, or just somebody else you saw while walking or driving. No help is too small, whether you just opened the door for your co-worker or you lend them references that they can use in work or when you offered to lend them some huge amount of money because of a financial problem or when you donated blood in the hospital to help those who need it still it is all considered as helping.

Chris taught us to be kind, helpful, and to be someone who does good in the society. No wonder why Chris was able to attain such success and happiness in his life. It is because of the good deeds he has done to society.

“I’ll be more than happy to consult and help those people get started on their own. They won’t need me in the long run, and I’m okay with that like most people tell me ‘aren’t you afraid they’ll outgrow you?’ Well, I hope they’ll outgrow me; I want them to be successful; that’s the whole point.”

In this particular interview, Chris explained the importance of helping and being kind to people.

Chris’ story is inspirational and this episode is definitely worth a listen!