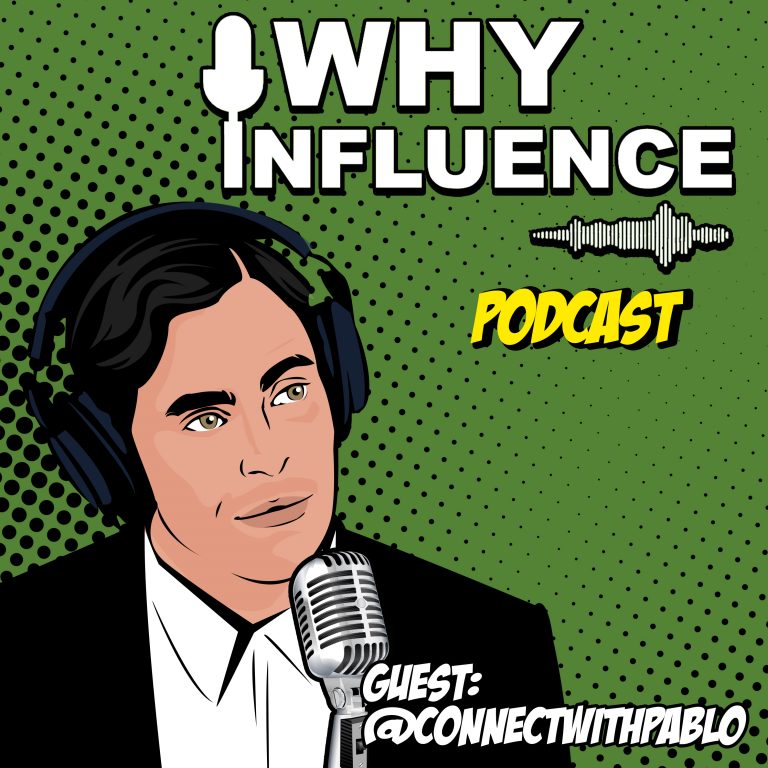 Pablo Gonzales is an award-winning speaker and emcee. He is also the the Inventor of The Relationship Flywheel. He is an expert on content strategy for business growth. Wow! 🤩

Business Tips? Content Strategy? We heard you! Pablo shared his advice for those who are just starting out in this industry…

“To grow influence, you need to find a way to serve the people with the keys to the doors that you’re trying to open. That’s the number one advice I would give in that space. And that echoes and reverberates throughout everything that I’ve done since my early 30s. Right, when I realized that like I’m.. You know me, man, I’m dying to be everybody’s friend, that’s always been me. And I have this ability to make friends. In my early 30s, I thought that the way I did that was by making myself look as cool as possible. I use that tool selfishly. Based on my involvement with nonprofits and building and professional groups, and then getting in the room with very influential people, I looked around, and I realized that the most influential people are those that are seeking to serve others with their gifts.”

ON. POINT. If you’re done taking notes, Pablo also shared his tips for those who are just wanting to grow their influence more…

“I would say the people that I see that are beating the stage further are the people either very classically media trained, or they’re very classically marketing trained or they’re just very emotionally intelligent super connectors.. The type of people that you meet handshake, ‘Oh, I’m gonna put you in contact with exactly what you’re looking for. Because I got a guy.’”

And of course, we know that you’ll be interested in this too… We asked Pablo his experience on how he earns money when he first started his business. Here’s what he said:

“This is the second business that I built. It takes two years to make money in a brand new business, at least a brand new business that you’re inventing, right? Like when I when I showed up to Miami as the green building expert, you know, I’d come from California, I was landing from outer space and it took me about two years to get it so profitable, that my biggest client decided to buy me out instead of continue to pay my services as a contractor. Now, I took this very deliberate commitment to building a business based on something that I love doing that I’m really, really good at.”

Everything takes time. Just do your best, and you’ll get there.

Before this interview ended, Pablo shared his last piece of advice for entrepreneurs, influencers, podcasters, and content creators in general…

Great advice! Pablo also shared what it’s like being on the show, here’s what he said:

“I’m really proud of you dude. I came into this podcast expecting to be asked something that I’ve never been asked before, because I’ve listened to you progress as an interviewer. And you’ve gotten really good at digging into specific things, and you didn’t disappoint.”

It was our pleasure having the interview with you, Pablo. Thank you for such positive feedback.. Til next time!