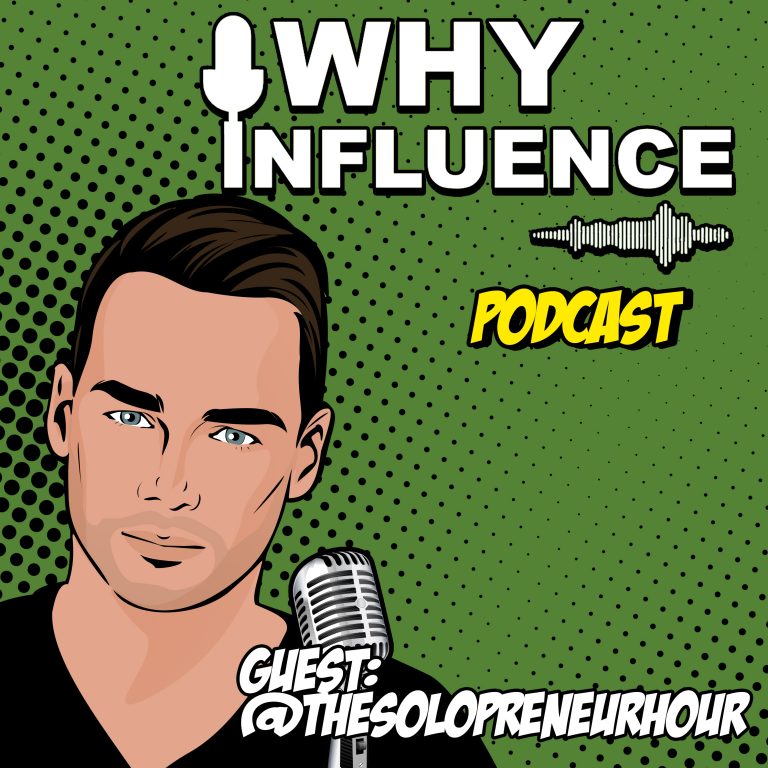 Michael O’Neal is the host of ‘The Solopreneur Hour’, an audio podcast that co-hosts with the best and brightest solopreneurs from all walks of life, including network marketing, internet marketing, music, fitness, actors, comedians, and more.

Before that he was a designer, creative director, and branding expert for over 15 years. Wow!

In this interview, Michael shared with us his primary source of income… Here’s what he said:

“I make most of my income and build most of my community from doing live speaking gigs or emceeing events.”

Thanks for sharing that, Michael! He also shared his piece of advice for starting Podcasters out there…

Michael also shared his thoughts and advice for a more established Podcasters out there….

“And as presenters, our number one goal is to make sure that our audience understands the concept that we’re trying to relate to them. And sometimes we just deep dive into the technical side without getting them to understand why it matters.”

It’s really important to connect and interact with your viewers or audience.

Before this interview ended, Michael shared his last words for content creators in general…

“My last word would be almost my first word which is, which is patience is so critical. It can be such a slog to crank on content after content. Most podcasts only last seven episodes. It’s a lot of work. So put blinders on and just do the next thing in front of you at a time and get a coach, if you can afford it.”

Michael also shared his feedback on what it’s like being on the show! Here’s what he said:

“So being able to process the information that you’re getting as a host and go all the way, I think we’ve already covered that. We don’t need to skip that one. And maybe you’ve done that already. But otherwise, just that preparation, is really the key. If for a podcaster, who’s doing any kind of interviewing or any interview whatsoever to have that information in front of them is great.”

Thank you for such positive and encouraging feedback, Michael. It was our pleasure having the interview with you. Til next time!