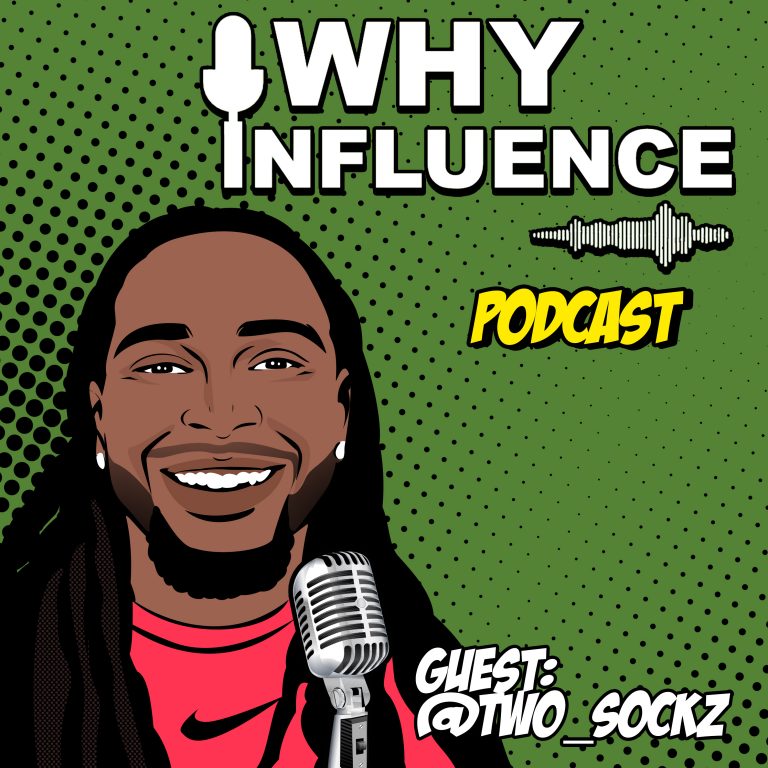 Kevin Crawford is the founder of Two Sockz Productions and the content creator of Stomp N Shake Cheer on YouTube that reached over 128,000 subscribers and over 24,000,000 views! In this interview, Kevin shared with us his source of income… Here’s what he said:

“So this is the first time so it makes me feel really, really good to be talking about this. But it all started in 2017. So 2016, I told you, I had about 560,000 views and 2019 subscribers, but I had zero dollars and zero cents. And I started researching like, okay, I thought you can get paid on YouTube, I need to make sure this is real. So when I found out how to get paid on YouTube or whatever, um, you know, I started implementing those things. And my very first check was like, $100 or $200, right? So it was everything I needed. Because I told you that I was broke, I was broke. I was struggling, I was my every time I would get paid from Wells Fargo, my account hit the negatives, and I was driving Uber just to like, bring my account back positive just to get a double cheeseburger and feed my girlfriend. You know, like I was struggling I had to break my lease and sleep on Fran floor for four months. You know, like that’s how bad it was for real. So any dollar that I could get extra was great. You know what I mean? So I was getting like, $100 I’m like, yo, if I can get $100 I can get 200 you know what I mean? I started getting that mentality. So I’m after. So after the first year, I started getting paid in 2017. After that year, gross on YouTube, I made $4,000. Right. And that’s that’s ad revenue. Like when you got the first hundred dollar check. That’s the Google Ads $100 holy ad revenue. Yeah. Like, that’s the only thing that I wanted, like speak on today to just the ad revenue portion. But yeah, just from straight ads.”

Thanks for sharing a very detailed information about your source of income, Kevin! That was really inspiring. Kevin also shared his piece of advice for starting YouTubers out there…

“So a lot of people do come to me and ask me about YouTube just because I do have like, I don’t think is that successful, but I do have like, large numbers. But they asked me about YouTube, what camera they should buy… what their content should be about. And I always give them the advice to just start and do what it is that you want to do. And I know, it’s cliche and it doesn’t matter if you have a camera or not use your iPhone, but it’s true. And the reason I say just get started is because you don’t like this, you like the idea of it like you are interested in it.”

Definitely! Just really think about what you want your content to be about, and everything will start there. And as always, consistency is the key. Kevin also shared his thoughts and advice for a more established YouTubers out there….

“I think I’m always thinking about what I could do better. So just having that forward thinking. Like now, I’m thinking about TikTok because most of our audience are kids and children, so they’re on TikTok right now, and I’m not. I don’t know anything about it. But I put together a TikTok Committee, from the cheerleaders that we currently record or whatever. So now, they’ll be doing TikToks and stuff. So I’m always thinking about how I can grow my audience in different places. And now I kind of like, trying to spread the success amongst other platforms too. So Instagram, I’m trying to be more influential on their posts, more content there, behind the scenes content, and then also having their personal contact numbers, having that community. So I think that I’m doing everything right, because there’s some things that I wish I could do better or I wish I was doing better.”

That’s true. In this industry, if you achieved something really great, you just don’t stop there. You always think of ideas to create better content. Thanks Kevin! Before this interview ended, Kevin shared his last words for content creators in general…

“If you are aspiring to have a YouTube channel, I would say, take yourself seriously. And don’t think it’s going to be a sometime thing. Like, if it’s a sometime thing, go do something else. If you’re going to focus so much on like, being perfect, and putting out the very best content that you can to top notch quality, go make a movie, don’t make a YouTube channel. That would be my advice to you. Just start and learn as you go and use what you have.”

Great advice! We agree, get started, but don’t stop there. You can’t create a YouTube channel and just stop if you feel like it. This is a process and always expect to have ups and downs! It’s part of your success. Kevin also shared his feedback on what it’s like being on the show! Here’s what he said:

“I think that when you said that you wanted to try to take things to like in person, like have conferences or in person events, I thought that would be a great idea. Because like I said, Jeremy, you know, I felt like with the virtual thing, a lot of people, like for example, this right, like, some people may watch this or play it back or whatever. But we think about online courses and stuff like that after people like, if it’s not, if it’s not intimate, people aren’t really going to like, really take it seriously, you know what I mean? So you’ll probably have this replay somewhere and no one’s going to go watch it, even though there’s so much value in it, something that can really be beneficial for them. So people will always be people and I think like, you know, what you’re doing is great, but it’s kind of like missing a lot of people. So if you are able to like having something in person, or they can touch you and talk to you and really feel that.”

Thank you for such positive feedback, Kevin. It was our pleasure having the interview with you. Til next time!