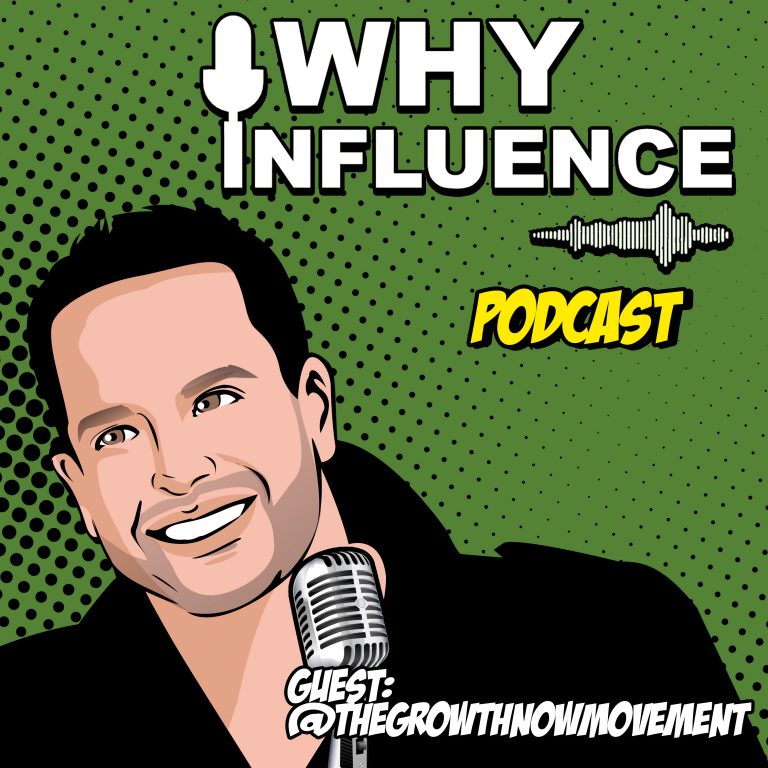 Justin Schenck is the Host and Creator of “The Growth Now Podcast” with over 2,000,000 downloads and has over 300 episodes. Even though Justin’s podcast is a huge success, before that, he went through a lot of difficulties in life such as his mom was fighting an illness and his dad was in jail… But he didn’t let his past define him. Justin has such an amazing mindset that, “the choices that I make today to create a better tomorrow for myself and others is all that matters”. We all go through different difficulties in life. What’s important is that, if you can’t change the situation, you can change your perspective about it.

And that’s just what we learned in this interview with Justin. So, for any aspiring podcasters out there, here’s what Justin about to say about his journey, how he earns, and how he reached that success:

“I mean, for me, personally, it was just from building community. So, I built a community which then became a live event, which then became a mastermind, right? So, all those streams of income came because I bought a microphone, right? This microphone is my vehicle, YouTube as your video vehicle. That’s cool. If blogging is your vehicle, that’s great, too. But the idea is, one is you can build a community, and then from there, find out what they want and give it to them. That’s it.”

Every big thing starts small. For Justin, it all started because he bought a microphone. That was his first step. So maybe that could be your first step in reaching your podcast success too! So, here’s his advice for new podcasters out there, take note:

“A couple of things that I want to focus on is number one, if you’re going to start a podcast, figure out your “why”. Then, perfect reason or perfect name for your show. Figure out why are you doing it. Like I think a lot of people now are jumping into the arena of podcasting, because it’s the cool thing to do, everybody’s doing it.”

It’s very important to know your goal and your purpose, that would give you a clear picture on what you want to do. And if you do, you’re much closer in reaching your success. He also has an advice for a more established podcaster. Here’s what Justin said:

“I think the main thing is that consistency is key. But I want to talk about the reason you do that, right? Like when you talk about going live on Facebook, you go live anytime and people will show up if they’re scrolling and they’ll find you and they’ll tune in right. Podcasts don’t work that way. Like it doesn’t just randomly pop up and be like “I’m live now. Come listen.” So, the key is to show up at the same time, every single week in the same way and give your audience what they’re expecting.”

What a great advice! I think we could all agree that if there’s something else viewers love besides Authenticity, its Consistency. People love that. So, if you want to start a podcast or if you already did, be consistent. That would play a huge part in reaching your success.

“Keep your head up and keep moving forward. And it made me realize that as long as I am headed in the right direction, I’m going to be okay. Don’t worry so much about the million followers or the million dollars or whatever. Worry about today. What can you do today to get closer to that?”

So there we go! Just keep your head up and keep moving forward. Keep on doing what you love. Celebrate small things, appreciate small things. And focus on the ‘now’.