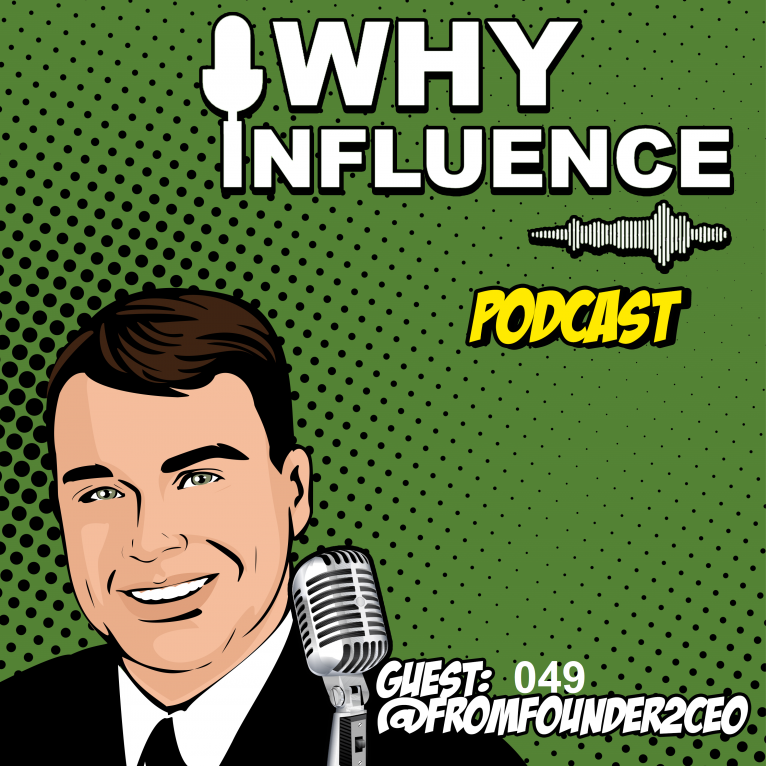 He is also the host of the podcast “From Founder To CEO” which has over a hundred episodes with big guests and tons of positive reviews. In addition, Todd was an Army Intelligence Officer, too, before his world opened up to entrepreneurship and podcasting.

“I’m a former Army officer, but I think I was a lousy leader. And so, I started the podcast…”

Todd mentioned that he used his issues in leadership to share it on his podcast in order to help himself as well as the founders to overcome it and be better as leaders. Then, he enrolled in Podcasting A to Z and learned how to start one.

“And then over the course of time, we get 15 to 20 pitches a day now of people who come on the show.“

Like the other podcasters who are just starting, he also faced difficulties in maintaining the consistency. He experienced being rejected by humiliation as he invites clients to come to his show. But that didn’t stop him from persevering until clients are the ones who look for him.

“In the beginning, I thought I needed to share my expertise. But in reality, I get so many emails from people who say to me– ‘Todd, I love how you let your guests talk and how it’s not about you.’”

This put him into a realization that the reason why people are listening to his podcast is that they want to know the insight of both him and his guest. He needs to be a good listener so that he may give emphasis and deliver to the audience the strong points of the guest.

Over the course of time, Todd frequently receives feedback from his guests how they are being contacted by big companies who heard their guesting episodes in his podcast.

“I suppose what had happened was some of the other media outlets were paying attention to some of the guests because I do also like to bring on founders who don’t have a lot of visibility yet but have a great story to tell. And so, some of them listen to the show, and then their message gets amplified, and that helps them build their business more, which is very gratifying to me.”

Todd has shared more stories in the episode of the impact and how lives were changed through his podcast. Truly, the podcast’s name speaks that it is a great blessing to small businesses to stay motivated as founders persevere and strive to become a CEO.