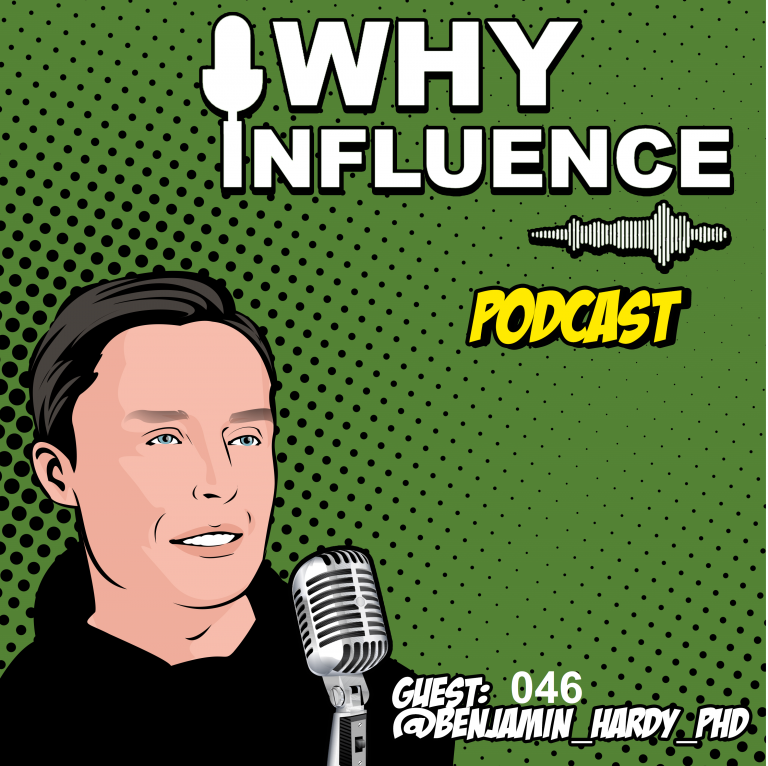 Dr. Benjamin is a professional author, entrepreneur, speaker, and Organizational Psychologist. He authored two books and is a regular contributor in Inc. and Psychology Today. Millions of people read his articles monthly. From 2015 to 2019, he grew his email list to nearly 400,000 people without paid advertising, by mostly blogging on Medium.

Benjamin always wanted to be a published writer. He learned early on, if he defines his future self, then he can figure out how to become that person. By defining who he will be in the future, he started having conversations that eventually led to his discovery of needing a strong email list; a requirement for many large publishers. Benjamin started taking steps to build his email list and has successfully become the future self he defined years ago.

“One of the things about future self is that it’s not something you discover but it’s something you decide, there’s no right or wrong answer, you just decide who’s the person I want to be… it’s just being honest about who you want to be. And just choosing a future self. ”

Benjamin wrote his first book Willpower Doesn’t Work where he explains that willpower is nothing more than a dangerous fad-one that is bound to lead to failure. The book was signed with Hachette Book Group and was released last March 2018. His second book, Personality Isn’t Permanent, was recently purchased by Portfolio, an imprint of Penguin Random House. It talked about topics of personality flexibility and how people can and do change.

Deciding for your future self requires a clear vision and willingness to achieve it.

It must also suit your likes and interests. Your goal must not only be because of what the people around you want for you. You will not enjoy reaching for it if it doesn’t make you happy. In the end, you will only feel drained and toxic.

“The next step is to be in telling people about it. ”

Share your goals, make it known. He added that your identity is based on the stories you tell. And once you shared it with them, you will not only receive encouragement but you will also gain a drive to start pursuing it and be accountable for the words you said.

“You can’t learn without changing, and you can become a lot more powerful and more creative, confident, and you’re less limited.”

After telling your goals, engage the present to the future. Start honing your present self towards your future self through learning. You can read books or apply for a course.

“One of my favorite quotes is from Robert Perrault, where he said, ‘we’re kept from our goal, not by obstacles, but by a clear path to a lesser goal.’”

Above all, expect barriers as you walk on your journey towards your future self. Take note, not just one but many will be against you up to the point wherein you lose motivation to reach it. So, be alert and stand firm in achieving your goal. There’s a long path you’re going to take which will be worth it at the destination point.

“And so the only way to get to your goal is by doing your goal.”

It’s not too late for you to start working on your future self. Everyone has the capability to plan and make. Regardless of your age. So, begin now!

Dr. Benjamin’s story is inspirational and this episode is definitely worth a listen!